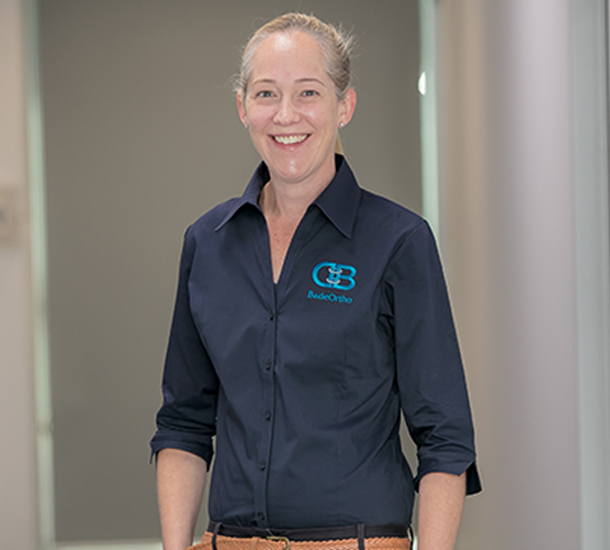 Anna Bade graduated with Bachelor of Nursing Degree from the Australian Catholic University, Brisbane in 2000. Anna’s initial 2 years of employment were spent nursing in the Central West District working at the Longreach, Barcaldine, Alpha and Aramac Hospitals.

During her time Anna has honed her skills as a paediatric nurse and gained a vast experience in the area, including paediatric orthopaedics. Anna has fulfilled roles of Clinical Nurse, Clinical Facilitator and Clinical Educator during her career.

Anna’s role in Dr Bade’s Private Practice is working alongside Katie in the role of Practice Nurse/Manager and compliments Katie’s extensive orthopaedic knowledge with her paediatric experience.